Comprised of 78 musicians, The New York Pops is the largest independent pops orchestra in the United States, now celebrating its milestone 40th season as the only professional symphonic orchestra in New York City specializing in popular music. Led by Music Director and Conductor Steven Reineke, the orchestra performs an annual subscription series at Carnegie Hall, and is among the venue’s most presented ensembles. The New York Pops’ annual birthday gala is celebrated each spring, raising funds for the orchestra and its education programs. The orchestra performs annually in Queens, NY at Forest Hills Stadium, a 14,000-seat historic concert venue.

Through its PopsEd music education programs, The New York Pops fulfills its dedication to lifelong learning and collaborates with public schools, community organizations, and senior centers throughout the five boroughs of New York City. PopsEd allows thousands of New Yorkers of all ages and backgrounds to participate in fully customizable residency programs that blend traditional education with pure fun. These programs make music open to all and use tools like composition, lyric writing, performance, and mentorship to foster learning and unbridled creativity. In doing so, PopsEd excites students and gives them skills they can apply to all areas of their lives.

The New York Pops is committed to serving all members of the community. Through its Kids in the Balcony and Kids in the Stadium programs, thousands of children and their parents have had an opportunity to see The New York Pops at Carnegie Hall and Forest Hills Stadium free of charge. The New York Pops has also adapted its PopsEd programs to provide remote learning opportunities to students. Virtual programs have included residencies in virtual classrooms, free access to virtual concerts through Kids in the Virtual Balcony, and Kids on the Virtual Stage, a free comprehensive program that introduces middle school students to the professional virtual performance process.

Over the years, the orchestra has presented free concerts in city parks, community organizations, and senior centers; performed the National Anthem at sports venues; and toured throughout the world. Past media projects include the Macy’s 4th of July Fireworks Spectacular on NBC Television, a nationally syndicated radio series, and performances on PBS. The orchestra’s discography encompasses recordings of popular standards, theater and film scores, and music for the holidays. 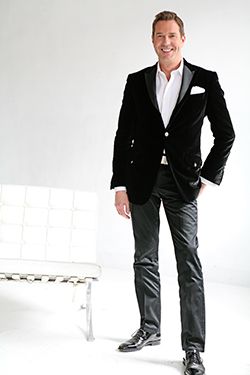 Steven Reineke has established himself as one of North America's leading conductors of popular music. In 2019, Mr. Reineke celebrated his tenth anniversary as Music Director of The New York Pops at Carnegie Hall. Additionally, he is Principal Pops Conductor of the National Symphony Orchestra at the John F. Kennedy Center for the Performing Arts and Principal Pops Conductor of the Houston and Toronto Symphony Orchestras.

Reineke is a frequent guest conductor with The Philadelphia Orchestra and his extensive North American conducting appearances include Atlanta, Cincinnati, Edmonton, San Francisco, and Sarasota.

On stage, Mr. Reineke has created programs and collaborated with a range of leading artists from the worlds of hip hop, R&B, Broadway, television, and rock including: Maxwell, Common, Kendrick Lamar, Nas, Cynthia Erivo, Sutton Foster, Megan Hilty, Cheyenne Jackson, Wayne Brady, Peter Frampton, and Ben Folds, amongst others. In 2017 he was featured on National Public Radio's "All Things Considered" leading the National Symphony Orchestra - in a first for the show's 45-year history - performing live music excerpts in between news segments. In 2018 Reineke led the National Symphony Orchestra with hip hop legend Nas performing his seminal album "Illmatic" on PBS's Great Performances.

As the creator of more than one hundred orchestral arrangements for the Cincinnati Pops Orchestra, Mr. Reineke’s work has been performed worldwide and can be heard on numerous Cincinnati Pops Orchestra recordings on the Telarc label. His symphonic works Celebration Fanfare, Legend of Sleepy Hollow, and Casey at the Bat are performed frequently in North America, including performances by the New York Philharmonic and Los Angeles Philharmonic. His Sun Valley Festival Fanfare was used to commemorate the Sun Valley Summer Symphony’s pavilion, and his Festival Te Deum and Swan’s Island Sojourn were debuted by the Cincinnati Symphony and Cincinnati Pops Orchestras. His numerous wind ensemble compositions are published by the C.L. Barnhouse Company and are performed by concert bands worldwide.

A native of Ohio, Mr. Reineke is a graduate of Miami University of Ohio (2020 Alumnus Distinguished Achievement Medal), where he earned bachelor of music degrees with honors in both trumpet performance and music composition. He currently resides in New York City with his husband Eric Gabbard. 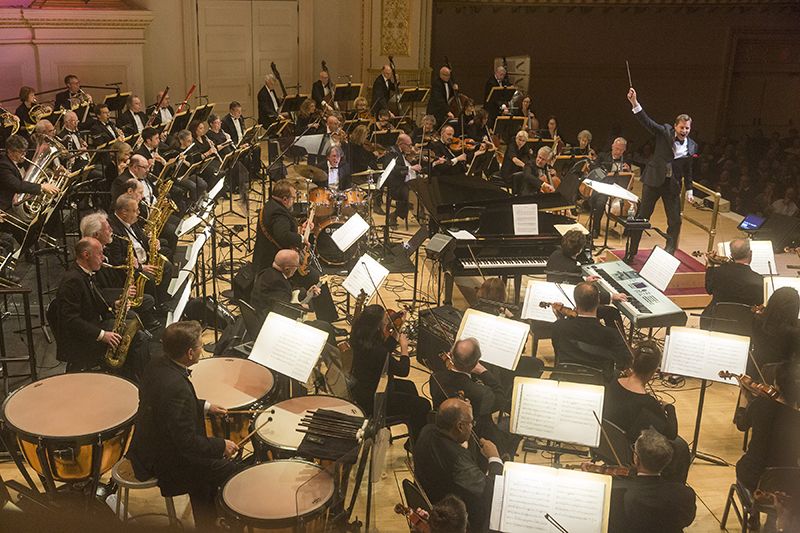 Thank you for your interest in working with The New York Pops. There are no openings at this time.

The New York Pops is an Equal Opportunity Employer. The New York Pops is actively striving to achieve greater diversity amongst our Board of Directors, staff, and orchestra. We are committed to an inclusive workspace, and we strongly encourage applications from BIPOC, AAPI, LGBTQ+ who are excited about contributing to our mission.

For detailed financial information, please see our most recent Form 990 and our audited financial statements for the 2020-2021 fiscal year.

Click here to read our FY22 Education Report and learn more about how our PopsEd programs impacted students in the 2020-2021 school year.